With ever growing Android users in India, time has come for Google to come up with an Android app which will rope in the best possible support for all those who wanted to convey messages in Hindi. There are many apps which claim to support the Devanagari support in the form of the QWERTY Keypad but unfortunately Google itself accepts that it’s very difficult to reconcile the complexity of Devanagari Script. So, finally Google is here with two options for all those who wanted to spread the messages in Hindi which we will be discussing in the due course of this article. 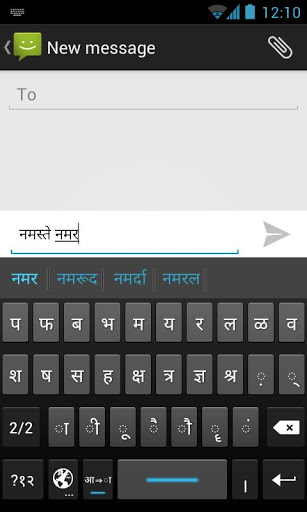 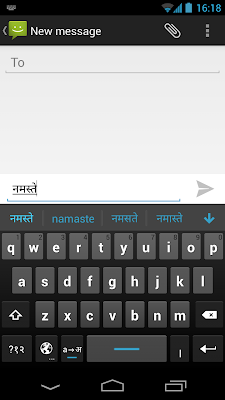 Google Hindi Input app has two generic methods for writing Hindi text. In transliteration mode, you can simply type a hindi word in English like “namaste” and then the app will directly convert the same into the Devanagari script (नमस्ते) which is an awesome feature. Once you tap on the Globe button in your keyboard, the full QWERTY styled Devanagari Keyboard opens up with Hindi consonants ordered alphabetically on two pages. In this mode, you can long press at any time to select the various forms of consonants. For your convenience, we have also mentioned below a short video about on how to use this Hindi keyboard.

So, if you wish to compose mails, send a message or post something in Social Networks especially in Hindi then an all new & Official “Google Hindi Input” app is all there in Google PLAY Store. Google is proud to launch first Indic language input method on Android and also Google’s Internationalization team will be launching such keyboards for other languages too like for Indian Regional languages along with Arabic. Do let us know your thoughts on this as we will be more than happy to hear from you.